I love my work as an editor and writer, but it can be quite solitary at times. In an effort to lift the conversation off the page and into the real world, I got inspired to start Newsmakers Roundtable.

It’s a monthly event series at the Pyramid Club, where I interview a different leader from the media world about their career beginnings and the state of the industry. Attendees are also able to ask questions (like a true roundtable), and of course, lunch is included as well as a networking session.

For our inaugural event (which ended up selling out), we had Philly PR guru, Kory Aversa, as our guest and he talked about his “accidental journey to entrepreneurship,” which was super inspiring.

The next event takes place on Tuesday, April 3 at the Pyramid Club and features Marilyn Russell of 98.1 WOGL. She’ll be talking about her 25 years in the radio industry, where she’s interviewed legends like David Bowie, Maya Angelou and Madeline Albright.

After the success of the first event, Metro has even agreed to come onboard as a media sponsor, which I’m very grateful for.

And if you have any suggestions for speakers, let me know. 🙂 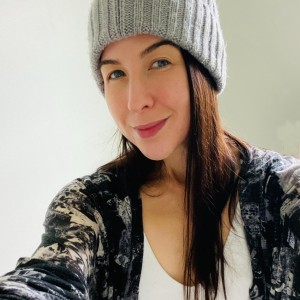